The History of Tae Kwon Do

Tae Kwon Do was inaugurated in South Korea on 11th April 1955.

Tae Kwon Do was introduced into the United Kingdom in 1967. The Tae Kwon-Do Association of Great Britain (T.A.G.B) was formed in August 1983.

On 21st April 1988 a new governing body for Tae Kwon-Do was formed, called the British Tae Kwon Do Council (B.T.C). This now incorporates 15 different organisations and has a membership of over 44,000. It is the only body recognised by the United Kingdom Sports Council. The T.A.G.B is a founder member of the B.T.C. It is also the largest organisation in the B.T.C. Current membership of the TAGB is over 22,000. 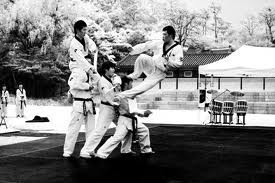