How to get involved? 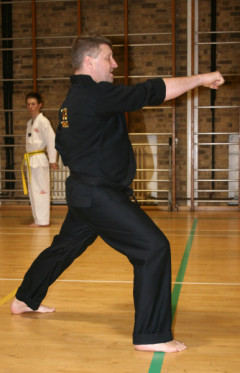 Hi, my name is Mick Sullivan and I am the Instructor for Harlow.

I was first introduced to Tae Kwon Do when my son was 6 years old. His friend had started and asked if he would like to come. I took him that evening and was asked to join in by the Instructor. I did so, and that was 10 years ago. Since then my son joined in, my daughter started at the age of 5 and they both obtained their black belts before the age of 11. 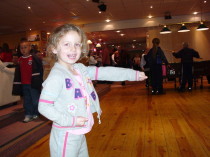 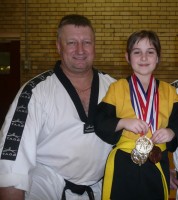 What is Tae Kwon Do

Translated from Korean, "Tae" literally means to jump, kick or smash with the foot. "Kwon" means a fist, chiefly to punch or destroy with the hand or fist. "Do" means art, way or method. Tae Kwon Do indicates the technique of unarmed combat for self defence, involving the skilled application of punches, kicks, blocks, dodges and interception with the hands, arms and feet to the rapid destruction of the opponent.

In these days of violence and intimidation, which seems to plague our modern societies, Tae Kwon Do enables the weak to possess a fine weapon to defend his or herself and restrain the opponent as well.